Is UNE-L finally going away?

by Kenneth Dutton, VP of Operations and Network Engineering

It’s been nearly a quarter century since the Telecommunications act of 1996 became the law of the land. Looking back, my 56 Kbps dial-up modem and Nokia 5120 cell phone feel, well, dated. Back then, going on the internet meant tying-up my landline (remember those?) to download email messages on Eudora (remember Eudora?) and using the Lycos search engine on my Mosaic browser to search the nascent world wide web. No Facebook. No Google. Amazon was starting to sell paper books online and Netflix only shipped DVDs –streaming came much later.

This first major legislative overhaul in 62 years sought to promote competition, which created a boom in CLECs and enabled LECs and Cable companies to vie head-to-head for each other’s business. A key tool to jump-start competition were Unbundled Network Elements (UNEs) –particularly loops (UNE-L). Incumbent service providers had a natural monopoly, using guaranteed rate-of-return investments to connect virtually every building in the U.S. to their networks for over a century. Allowing new entrants to leverage these (mostly) copper “last mile” facilities to compete with the incumbents was a way to level the playing field –which, to some extent, it did. Nascent CLECs latched-on to this offering and made a business selling phone services over “dry pair” DS-0s and hooking-up DSL and, later, Ethernet services to DS-1 and DS-3 loops.

Fast forward to today. Technological change has made fiber and fixed wireless a preferable Layer 1 alternative to copper for the last mile. Yet, despite nearly 25 years of competition, many locations are still under-served and the ILEC’s plant is often still the only practical alternative to reach some buildings. Furthermore, migrating customers off of old technology is generally an initiative that takes the back seat to customer acquisition and revenue growth. And so, a surprisingly large UNE-L embedded base survives to this day.

Which brings me to this week’s order phasing-out UNE-L in a broad swath of ILEC territory. The FCC lays-out the following timeline and criteria to stop using these leased copper facilities:

With the FCC order for “Modernizing Unbundling and Resale Requirements in an Era of NextGeneration Networks and Services”, the clock to migrate legacy services and customers off of UNE-L has started ticking. The degree of difficulty to conduct the analysis, scope the work, find resources and prioritize personnel to wean off this technology and execute on these projects, including customer communications and up-sale will be non-trivial for providers who are already struggling to keep-up with all the demands being placed on their access teams. For those companies, Axcent networks offers fully managed teams equipped to handle all aspects of access migration projects from analysis to design and execution.

We’ve come a long way since the mid-nineties. The average residential broadband speed in the U.S. is 18.75  Mbps, the equivalent of 12 T-1s, or about 350 times faster than my old dial-up connection. UNE-Ls have served us well, but it looks like their time has come.

We’ve put together a quick study to get a better handle on the potential ripple effects UNE-L elimination might have. Click here to take our five minute survey.

About Kenneth Dutton
Kenneth joined Axcent Networks in 2005, and has worked in the industry for more than 20 years. As Vice President of Operations & Network Engineering, Kenneth manages all aspects of the company’s operational policies, objectives and initiatives. He is responsible for successfully leading Axcent Networks’ quality operations, as well as ensuring operational efficiency and fostering client relationships.

Benefit from an agile team of data integrity experts
to accelerate your network objectives. Give us a call or fill out the form below to get started.

Centrally based in Plano, TX, Axcent has been serving wireless, cable, ILEC, and CLEC operators with service solutions for telecom integration, network optimization, and technology migration since 2004.

Axcent Networks leadership team has over 27 years experience in the telecom and IT industry. 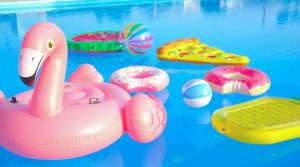 UNE-L, the End of an Era

Benefit from an agile team of data integrity experts
to accelerate your network objectives.

Stay updated on our events.

Schedule time for a quick call
No thanks.